It was a little over 8 years ago that the Clintons, Gores and leading democrats were threatening the Hussein Regime with tough words and another wrist slap.

It was less than 8 years ago that Saddam Hussein was funding terrorism. 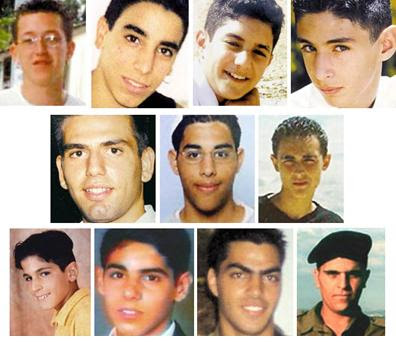 Victims of the December 1, 2001 Zion Square terrorist bombing. The only people who benefitted from this barbarism were the relatives of the two bombers who received President Saddam Hussein grants. 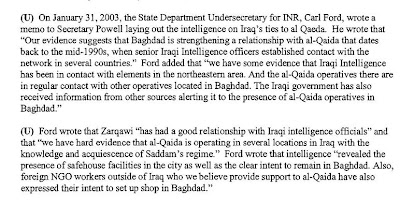 Today, after the magnificent surge of 2007, Iraq is a fledgling democracy thanks to President George W. Bush.
The Wall Street Joural reported on Bush’s big win and the Left’s big loss:

In a few hours, George W. Bush will walk out of the Oval Office for the last time as president. As he leaves, he carries with him the near-universal opprobrium of the permanent class that inhabits our nation’s capital. Yet perhaps the most important reason for this unpopularity is the one least commented on.

Here’s a hint: It’s not because of his failures. To the contrary, Mr. Bush’s disfavor in Washington owes more to his greatest success. Simply put, there are those who will never forgive Mr. Bush for not losing a war they had all declared unwinnable.

Here in the afterglow of the turnaround led by Gen. David Petraeus, it’s easy to forget what the smart set was saying two years ago — and how categorical they all were in their certainty. The president was a simpleton, it was agreed. Didn’t he know that Iraq was a civil war, and the only answer was to get out as fast as we could?

The chairman of the Senate Foreign Relations Committee — the man who will be sworn in as vice president today — didn’t limit himself to his own opinion. Days before the president announced the surge, Joe Biden suggested to the Washington Post he knew the president’s people had also concluded the war was lost. They were, he said, just trying to “keep it from totally collapsing” until they could “hand it off to the next guy.”

For his part, on the night Mr. Bush announced the surge, Barack Obama said he was “not persuaded that 20,000 additional troops in Iraq are going to solve the sectarian violence there. In fact, I think it will do the reverse.”

Three months after that, before the surge had even started, Senate Majority Leader Harry Reid pronounced the war in Iraq “lost.” These and similar comments, moreover, were amplified by a media echo chamber even more absolute in its sense of hopelessness about Iraq and its contempt for the president. 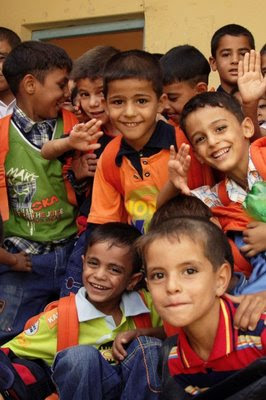 Thank you, President George W. Bush.
And, thank you for keeping us safe.