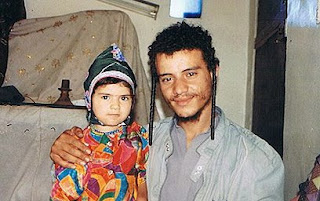 After the murder of Moshe Yaish-Nahari (pictured), the brother of a prominent rabbi, earlier in the month the Yemeni Government announced this week they will build a ghetto for the Jews.
Ynet News reported, via Free Republic:

Two weeks after the murder of Moshe Yaish Nahari, the brother of Yemen’s Jewish community’s head, the country’s president Ali Abdullah Saleh pledged to build a secured Jewish ghetto in the outskirts of the capital San’a.

The new neighborhood will house the 300 Jews of the Umran province where the murder took place.

Yemen’s president has informed human rights organizations and the heads of the Jewish community in the country of his decision to allocate an area in Sana’s northern suburb for the construction of a residential neighborhood for Jews on the state’s expense.

Any family who decides to move there from Umran will receive $10,000 in compensation.

Eyewitnesses reported that Abed el-Aziz el-Abadi, a former MiG-29 pilot in Yemen’s air force, had confronted Moshe Yaish-Nahari two weeks ago at the market in Rida, called out to him “Jew, accept the message of Islam” and then proceeded to open fire with a Kalashnikov assault rifle. Nahari was struck by five bullets and killed.