Digital Video and Imagery Distribution System (DVIDS) is an excellent source of US military video and photos.
Today DVIDS posted an amazing video of President Bush’s visit with the troops in Iraq.
Once again, this is something you will never see in the US mainstream media.
I hope you will enjoy it.
Troops Thank President Bush:

The full video of Bush’s speech to the troops is here. 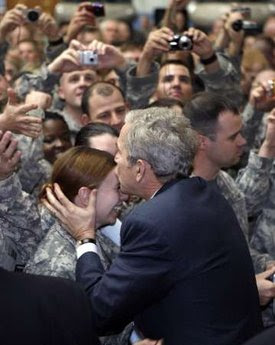 Peace and democracy comes to Iraq. 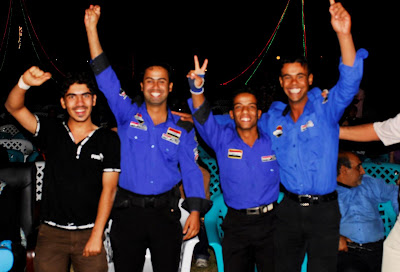 Members of the Iraq police force raise their hands in celebration during festivities at Zawra Park in the Karkh District of northwest Baghdad. An estimated 1.2 million people visited Zawra Park during the Eid al-Adha and the security efforts for the event were led by Iraqi security forces. (DVIDS)