Ohio Snoop Helen Jones-Kelley Worries Her Name Will Be Sullied

She should have thought of that before she started digging for dirt on Joe the Plumber. 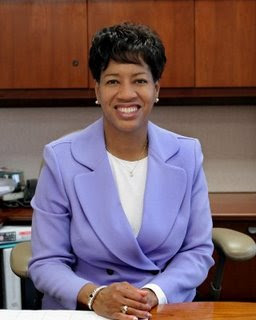 Helen Jones-Kelley, the state agency director who authorized the infamous background search on Joe the Plumber, resigned on Wednesday.

Now the disgraced former Ohio Agency Director Kelley, who snooped on Sam Wurzelbacher’s records, is worried that her name is going to be be besmirched.
Flopping Aces has the latest::

In the wake of a scandal in which Ohio Agency Director Helen Jones Kelley and two staff members were fingered for releasing personal information on Sam (Joe the Plumber) Wurzelbacher from state databases, Jones-Kelley stated that she won’t allow her reputation to be disparaged and that she is concerned for her family’s safety.”

At least she may not go down alone…
Ohio prosecutors are looking into Helen Jones-Kelley’s phone records to determine who she was talking with during the dirt digging.