Barack Obama met with the nation’s governors today and said he wanted their help in designing an economic recovery plan and vowed to work with Democrats and Republicans alike. 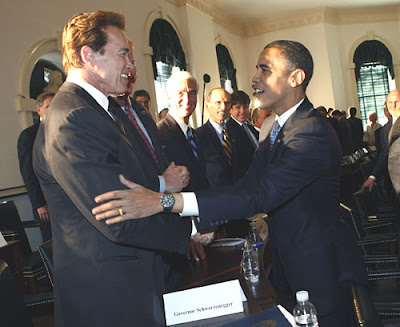 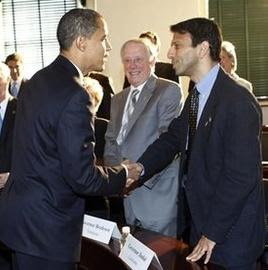 Among the attendees was Republican Govs. Bobby Jindal of Louisiana and Sarah Palin of Alaska, the GOP vice presidential nominee, sitting in the back row. Governor Palin greeted Obama first when he came into the room.
So far– there are no photos of their first meeting.
Maybe she asked him about his pal, Bill Ayers?

Several of the states are asking Obama for $176 billion in federal aid.