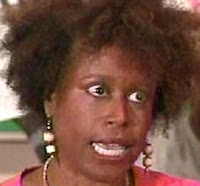 The Free Gaza movement is sending another solidarity ship to the Strip, due this time to the major Israeli attacks. The four previous voyages have set sail in solidarity to the million and a half residents under siege.

The bombings that began on Saturday at 11:30 am have rendered this voyage an even more pressing emergency. The boat has set sail as of early Monday evening.

Organizers say they will conduct as many trips as possible over the next few weeks as the medical and humanitarian situation will be dire whether or not the Israeli bombing stops.

On board the SS Dignity are three to four tons of urgently needed medical supplies. Dr. Khalid at Gaza City’s Al Shifa Hospital told the crew on Saturday that the “majority of cases are critical shrapnel wounds from Israeli gunboats and helicopters, with an approximate 80 percent who will not survive.”

Among the Free Gaza organizers is Eliza Ernshire who said, “We have calls for surgeons willing to go into Gaza and work there throughout this crisis. The doctors inside are exhausted and unable to cope with the number of wounded.”

On board the ship expected to set sail on Monday are four physicians. Among them is Dr. Elena Theoharous, a surgeon and member of Cypriot parliament. Former United States Congresswoman and Green Party candidate Cynthia McKinney will also be making the voyage. And local hero, Al Jazeera correspondent formerly imprisoned in Guantanamo, Sami Al Hajj, is also expected.

Charles Johnson has more on this crazy former Democratic Representative.