Here’s a screengrab of the newsletter: 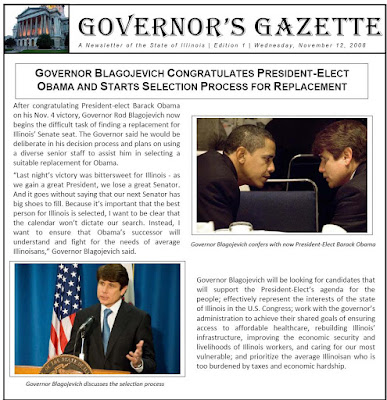 But, as luck would have it, that page is now mysteriously missing!
24Ahead.com reported, via LGF Quick Links:

Now, the state of Illinois has deleted from their website the PDF that contained the Obama-Blagojevich picture. It was in the state publication “Governors Gazette” and originally at illinois.gov/govgazette/pdfs/Gazetteedition_2008Nov.pdf That page now returns a 404 not found, as does Version 2 of that Gazette (originally located at illinois.gov/govgazette/pdfs/Gazetteedition_2008Nov_2.pdf) and the /gazette directory. 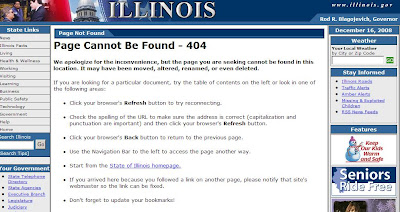 Funny how that works.