Miss Pakistan Natasha Paracha told CNN, “As Pakistanis we have to stand up and condone what has happened in the country of India and through these Mumbai attacks.”
Nice going. 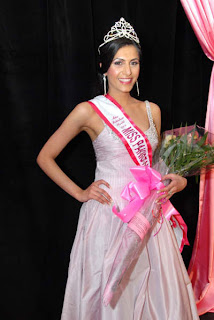 In an utterly embarrassing gaffe, Miss Pakistan Natasha Paracha used the word ‘condone’ instead of ‘condemn’ to express her reaction to the recent Mumbai terror attacks.

The reining beauty queen, who is a graduate from Berkley, used the word ‘condone’ not once but twice in an interview to CNN earlier this week.

“The image of Pakistan has been threatened with these recent attacks and I feel that now as Pakistanis we have to stand up and condone what has happened in the country of India and through these Mumbai attacks,” Natasha told CNN’s Anna Coren.

Natasha’s use of word ‘condone’ cannot be deemed as a slip of tongue because she used it again, and very clearly at that, while answering the very next question.

“As an ambassador to my country Pakistan I feel that we as Pakistanis need to work together and Indians as well need to work and work on this friendship that we have and condone these attacks, thoroughly.”

The Miss Pakistan pageant was held in Ontario this year.