A majority of active duty service members are pessimistic about cut-&-runner Barack Obama. 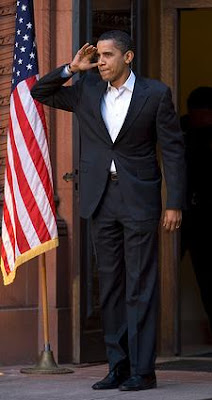 Obama said the surge, which was a massive success, was a bad strategy.
He even had the audacity to insist that his policy of cut and running may have brought the same results to Iraq as the troop surge.

No wonder the troops don’t trust his judgement.