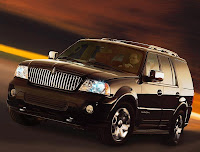 If you had cosmetic surgery with Beverly Hills Dr. Craig Alan Bittner, there’s a chance fat sucked from your butt went right into the fuel tank of his SUV.
Wallet Pop reported:

For a time, Beverly Hills doctor Craig Alan Bittner turned the fat he removed from patients into biodiesel that fueled his Ford SUV and his girlfriend’s Lincoln Navigator.

Love handles can power a car? Frighteningly, yes. Fat–whether animal or vegetable–contains triglycerides that can be extracted and turned into diesel. Poultry companies such as Tyson are looking into powering their trucks on chicken schmaltz, and biofuel start-ups such as Nova Biosource are mixing beef tallow and pig lard with more palatable sources such as soybean oil. Mike Shook of Agri Process Innovations, a builder of biodiesel plants, says this year’s batch of U.S. biodiesel was likely more than half animal-derived since the price of soybeans soared.

A gallon of grease will get you about a gallon of fuel, and drivers can get about the same amount of mileage from fat fuel as they do from regular diesel, according to Jenna Higgins of the National Biodiesel Board. Animal fats need to undergo an additional step to get rid of free fatty acids not present in vegetable oils, but otherwise, there’s no difference, she says.

Copious Dissent has the video:

Autoblog Green thinks this story may be a hoax and that Dr. Craig Alan Bittner is a “publicity whore.”