Laura Bush says the liberal media has “absolutely not” been fair to her husband.
The First Lady believes that the president will be vindicated for keeping America safe and for liberating 50,000,000 Muslims:

Obviously, Michelle Obama has some big shoes to fill. 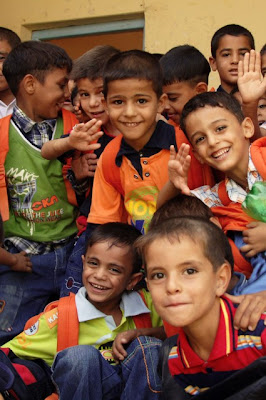 President Bush made this possible by bringing victory to Iraq.

Today, Laura Bush was asked about her husbands legacy and pointed out the historic gains for freedom and democracy under his watch.
The AP reported:

First lady Laura Bush says she disagrees with critics who say her husband’s presidency was a failure.

In an interview aired Sunday on Fox News Sunday, Mrs. Bush says she knows her husband’s eight years in office was not a failure, and says she doesn’t feel as if she needs to respond to people who view it that way.

She says history will judge the two-term presidency of George W. Bush.

President Bush is the world’s greatest liberater since World War II.
Certainly, history will judge him in a different light than today’s anti-Bush press.

The First Lady also said she was offended by the mullah-supporting shoe-chucker.

Victor Davis Hanson writes about what we can expect from an Obama Administration.

UPDATE: National Republican Lawyers Association put together a terrific list of President Bush’s accomplishments.
Of course, the report includes several tidbits that were never much reported by the mainstream media.