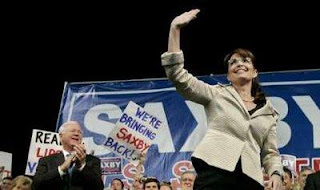 Saxby Chambliss took the early lead in the Georgia Senate Race.
Less than an hour after polls closed, Sen. Chambliss had 67 percent of the total vote with 5 percent of the precincts reporting.
The Atlanta-Journal Constitution reported:

7:50 p.m.: Interesting dynamic developing in the three statewide races at stake. The races for U.S. Senate and Public Service Commission are so far tracking along strict partisan lines.

In the Senate race, Chambliss is at 68 percent. In the PSC race, Republican Lauren McDonald is at 67 percent.

But in the non-partisan race for state Court of Appeals, Sarah Doyle and Mike Sheffield are split 50-50. Sheffield has more closely identified himself with the religious conservative wing of the state GOP, but Doyle has strong GOP support as well.

7:37 p.m.: Reports have started to trickle in, mostly from rural areas. Of 26 counties that have reported any results, Republican incumbent Saxby Chambliss leads in 21.

WSBTV is tracking the results.