George W. Bush was right.
John McCain was right.
Joe Lieberman was right.
The Republicans were right.
And, Barack Obama and the defeatist party were terribly in the wrong.

Iraq is a great success story today. Not even one al-Sadr supporting shoe-chucker can stop the progress.
And, despite the best intentions of the cut-n-run party and their antiwar leader the democracy of Iraq keeps chugging along.
The 3 amigos just visited Iraq and come back with this report today:

After our visit to Iraq this month, it is clear that what was once unthinkable there is now taking place: A stable, safe and free Iraq is emerging. Violence has fallen to the lowest level since the first months of the war. The Sunni Arabs who once formed the core of the insurgency are today among our most steadfast allies in the fight against al-Qaeda. A status-of-forces agreement between Iraq and America will take effect next month, providing for the withdrawal of U.S. troops and a commensurate increase in Iraqi self-defense. And Iraqi politics is increasingly taking on the messy but exhilarating quality of a functioning democracy. While uncertainty and risk remain high, and the gains made are not irreversible, the situation in Iraq has improved dramatically since the dark days before the surge.

Now it’s time for the unthinkable to take place in Washington. For the past several years, Iraq has divided and polarized our parties, our policymakers and our people. The debate over the war has often been disfigured by politics and partisanship, precluding the national consensus so important to American security in a dangerous world… 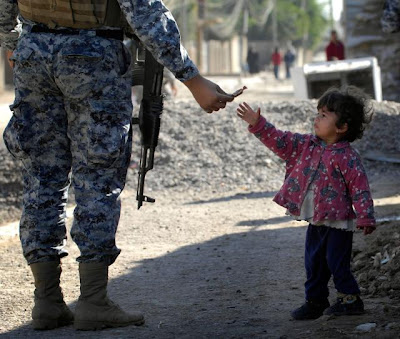