About 7,000 people fled their homes and were sheltering in government buildings and religious centres following clashes that left up to 300 dead. 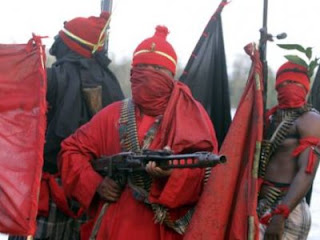 The Muslims thought the elections were rigged and started rioting in Central Nigeria.
Hundreds are dead.
Reuters reported:

Clashes between Muslim and Christian gangs triggered by a disputed election have killed more than 200 people in central Nigeria, the Red Cross said on Saturday, in the worst unrest in the country for years.

The army sent reinforcements to police a 24-hour curfew on the city of Jos, which lies at the crossroads of Nigeria’s Muslim north and Christian south, after rival groups of youths burned homes, shops, mosques and churches.

Hundreds of bodies were brought to the town’s main mosque in preparation for a mass burial.

“I counted 218 dead bodies at Masalaci Jummaa. There are many other bodies in the streets,” said a Red Cross official who asked not to be named.

That death toll did not include hospital figures, victims already buried, or those taken to other places of worship, meaning the final count could be much higher, officials said.

Muslims and Christians generally live peacefully side by side in Nigeria, Africa’s most populous nation.

But ethnic and religious tensions in the country’s “middle belt” have simmered for years, rooted in resentment by indigenous minority groups, mostly Christian or animist, toward migrants and settlers from the Hausa-speaking Muslim north.