Indian commandos say 150 bodies are still inside the Taj Mahal hotel and dead victims were found on all five floors of the hotel. 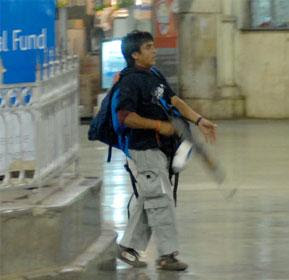 Piles of bodies were found in the rooms at the Taj Mahal Hotel in Mumbai. The final death toll may be over 300.
The Telegraph reported:

Piles of bodies were found yesterday after commandos stormed the Taj Mahal Palace hotel, the last of three buildings that terrorists had occupied in the city. Three terrorists were killed in the battle.

The end to four days of carnage came as tensions grew between India and Pakistan over the atrocity.

It is believed that just 10 highly-trained terrorists took part in the attack. Nine were killed and one suspect is under arrest.

British and Indian authorities were yesterday playing down reports that some of the attackers were British, although this had not been comprehensively ruled out.

…The official death toll stood last night at 195, but authorities acknowledge that scores of bodies have not been included in the total. At least 22 of the dead are not Indian nationals, including a Briton, five US citizens and six Israelis. At least 295 people have been injured. Of those, 23 are foreigners, including several Britons.

A final death toll will not emerge until the end of operations to ensure the hotel rooms and corridors are cleared of booby traps. However, S Jadhav, from Mumbai’s disaster management unit, predicted the figure would approach 300.

More than 600 people escaped from the Taj Mahal Palace hotel, the Oberoi-Trident hotel and Nariman House, which were held by the attackers.

Across town the terrorists bound and slaughtered the Jews at Mumbai’s Chabad House.