3 people were shot at a Syrian Orthodox Church in New Jersey during service this morning. 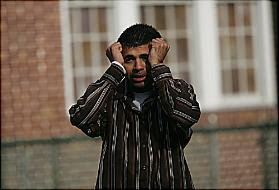 Nijith Kurian, 23, of Teaneck is close friends with Dennis John of Hawthorne, who is believed to have been injured in the shooting. (NorthJersey.com)

At least three people were shot in a Syrian Orthodox Church in New Jersey this morning.
The Star Ledger reported:

Three people were shot inside a church in Clifton just before noon today, authorities said.

The victims’ conditions were unknown, as was the number of shooters involved.

The congregates are mostly first generation immigrants from India according to the church website:

Members of St. Thomas Church are mostly first generation Immigrants and their children from the mother community in Kerala, India, the Knanaya diocese of the Universal Orthodox Churches. The Knanaya Church owe its allegiance and faith to the Holy See of Antioch headed by His Holiness Ignatius Zacha 1, the Patriarch of Antioch and all the East, headquartered in Damascus Syria. 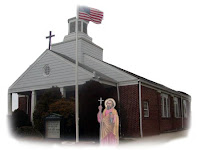 St. Thomas Syrian Orthodox Knanaya Church
A law enforcement official involved in the investigation said the shooting is thought to be domestic violence; the gunman is believed to be the spouse or boyfriend of one of the victims- Jersey.com.

Here is more on the shootings from NorthJersey.com:

Dennis John and Silvie Perincheril, both of Hawthorne, were reportedly injured in the shooting.

The shots were reported at 11:40 a.m. The church’s Web site lists a Sunday school and sermon service beginning at 11:15 a.m. Congregants attending the service said they heard shots coming from the hallway.

One churchgoer yelled “Get down” while another called her husband to call 911.

A shooting inside of a New Jersey church service Sunday morning left one woman dead and two others critically injured, MyFOXNY is reporting.

Dennis John and Silvy Perincheril, both of Hawthorne, were reportedly injured in the shooting, according to NorthJersey.com. Perincheril — who was shot in the stomach— is the church’s choir director. James was Perincheril’s niece, visiting from California…

A witness told NorthJersey.com that Pallipurath came into to the church saying, “I came to take my wife.”

UPDATE 2: The shooter was captured Monday night in Walton County, Georgia. Two people were killed in the shooting:

Pallipurath, of Sacramento, is suspected of shooting and killing 24-year-old Reshma James inside the St. Thomas Syrian Orthodox Knanaya Church in Clifton, a suburb about 15 miles west of Manhattan.

Also killed was Dennis John Mallosseril, who maintained the church’s Web site. Witnesses said had tried to intervene and break up the church rampage.

Please keep the families and friends of the victims in your thoughts and prayers.