MASSIVE PALIN RALLY SET FOR SPRINGFIELD, MISSOURI FRIDAY–
Due to demand Palin’s “Show Me” state rally was moved to a larger venue. 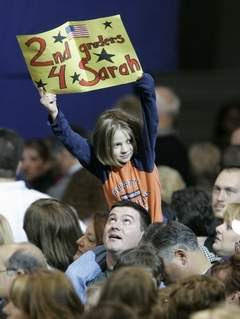 Governor Palin is drawing massive crowds in the midwest. (Photo from the Toledo Blade) 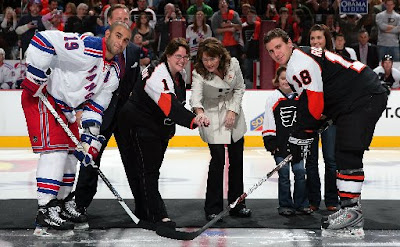 The Saracuda will drop the puck at the St. Louis Blues Game later Friday night in St. Louis. (P-D Photo)

Tickets to see Sarah Palin Friday morning in Springfield, Missouri were snatched up in 90 minutes! There was such a high demand that Palin’s “Road to Victory” rally was moved instead to the parking lot of Bass Pro Shops in Springfield.
–I have a feeling this rally is going to be huge.

Unlike the Obama Campaign that takes weeks to carefully plan, organize, line up busses and advertise, the Palin events continue to fill up within hours and set records.

America’s most popular Governor Sarah Palin is also scheduled to drop the first puck at the Blues Hockey Game on Friday Night in St. Louis.
The AP reported:

Reportedly, local democratic activists are making plans for the event.

** If anyone out there is able to get to the event in Springfield, please send photos!