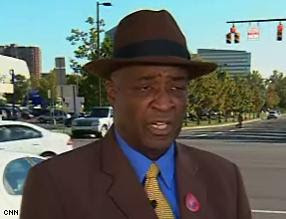 I just saw this story on CNN’s political ticker that celebrated a decision by a supposedly lifelong black Republican, Aaron Wheeler, to drive 600 miles to Columbus, Ohio to vote for Barack Obama:

“My family has been Republican for three generations,” he said, but “I knew I had to change and vote Democrat in the first time almost ever.”

Wheeler said he was one of about 16 black Republican delegates at the 2004 GOP convention, and was proud to support George W. Bush.

This time, he said, he did not attend the Republican convention -and decided he would go one step further and vote for Democrat Barack Obama.

Of course, it’s not true.
Paul Ibrahim has more background on this “lifelong Rebpublican.”