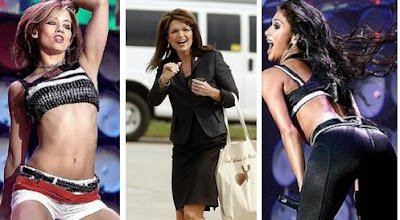 The singing sensation is very sure that the former beauty queen Palin has got the potential to join the all-singing all-dancing five-piece.

Therefore she has offered her the new ‘job’ if her election campaign fails next month.

“She seems like a headstrong woman, a tough chick. And she’s hot,” Contactmusic quoted Scherzinger, as saying.