Another rotten fish in the Pelosi Swamp. 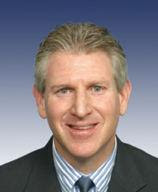 Robert Wexler’s opponent Edward Lynch seems to have a compelling argument that there is much more to this story that needs to be revealed. Wexler’s campaign allegedly submitted 25 amended FEC reports between 7/23/08 (one day after O’Reilly busted him) and 7/30/08.

Here is the report from Wexlers Web:

From July 23rd through July 30th Wexler’s Congressional Committee revised 25 Federal Election Commission (FEC) Reports dating back to early 2001. All the reports removed the firm Newbridge Securities as the corporation from which funds were received to one of several other companies including; West Park Capital, Inc., Capital Gains Consultants, Inc., Catamount Capital Management, and Capital Gains Real Estate Consultants, Inc. among others. Several of these companies had been out of business when the reports listed that the stated funds had been paid. On July 25th, 2008, two days after Wexler’s Congressional Committee began amending FEC reports, Newbridge Securities and it’s Owners were brought up on charges before the Securities and Exchange Commission on an Order Instituting Public Administrative and Cease-and-Desist Proceedings for a pattern of securities violations over many years.

You may ask yourself whether or not there is a perfectly reasonable explanation as to why RWCC decided to remove Newbridge Securities from every single FEC financial report that they were mentioned in. We believe Congressman Wexler has committed several FEC violations as well as having laundered money through his congressional committee by misleading and diverting the actual source of funds that his committee received, which is the definition of money laundering.

The Robert Wexler for Congress Committee also lent two of the principals from Capital Gains Real Estate Consultants $300,000 through two separate mortgages. Both of the mortgages were satisfied, one of which was satisfied days after the residency scandal and several months after the house was foreclosed on. This recently satisfied mortgage was held in a secondary position and therefore should not have been satisfied prior to the primary mortgage due to the foreclosure proceedings. The person signing the satisfaction of these mortgages is a congressional staffer and owner of the investment company Capital Gains Consultants listed above. One of the satisfactions was witnessed by Thomas Plante, Robert Wexler’s campaign consultant from his initial bid for Congress in 1996. Thomas Plante also lent these two people $140,000 in return for an interest free mortgage on the property. We have been unable to find any mention of these mortgages on any of RWCC’s FEC disclosure reports.

In addition, in 1999 and 2000, the Robert Wexler for Congress Committee invested with a company called Joseph Charles & Associates that lost anywhere between $85,000 and $185,000. The actual amount of the loss is unknown as the year end total listed in Wexler’s FEC report for this company differs from the quarterly totals and then further differs from the RWCC’s tax return. What is undeniable is the fact that this company lost a lot of money for the campaign.

The Robert Wexler for Congress Committee also received large sums of money, perhaps in the form of dividends or capital gains from a company called, Cohen and Cramer since 2000. This company was sold and changed its name and business address in 2005 yet the FEC reports continue to list Cohen and Cramer as a source of funds in recent financial reports.

Why did Robert Wexler remove Newbridge Securities from all of those reports? Was it because of all of its SEC violations? Was it because this company was associated with stock deals that were questioned by the SEC and NASD? Was it because he gave $300,000 in mortgages from his campaign account to relatives of the principals of the company without disclosing the transaction in his financial statements? Was it for some other reason? We do not know the answers. What we do know is that there is something not right with changing all of those reports. We do know that failing to accurately disclose the source or destination of large sums of money is known as money laundering. We do know that this is quite a large organized group of companies and individuals.

Doug Ross also reported on the latest from the Pelosi Swamp.