Obama Funneled $1 Million to His Wife's Hospital & $75,000 to Her Cousin's Organization

I know this is just a distraction from the real issues but…
Barack Obama awarded more than a million dollars to his wife’s hospital and another $75,000 to her cousin’s organization. 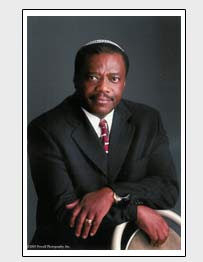 As a state senator, Democrat Barack Obama awarded $75,000 in government grants to a Chicago social service organization led by a rabbi who is also his wife’s cousin, records show.

In 1999, Obama arranged for $50,000 for adult literacy and counseling services offered on Chicago’s South Side by a group called Blue Gargoyle. A $25,000 grant for the group’s youth services followed the next year.

The group’s executive director when the grants were awarded was Capers Funnye, a South Side rabbi and Michelle Obama’s first cousin once removed.

Funnye (pronounced fun-NAY) said Monday there was nothing improper about the way Blue Gargoyle obtained the grants. Obama did not encourage him to apply for the money, he said, and Funnye denied using family connections to pressure Obama to approve the application.

Barack Obama also earmarked $740 million dollars in his first three years as a US Senator including $1 million for his wife’s hospital where she serves as a vice president.