More hope and change for America…

Nice. The Obama Campaign allowed this disgusting image to be posted on their website this weekend: 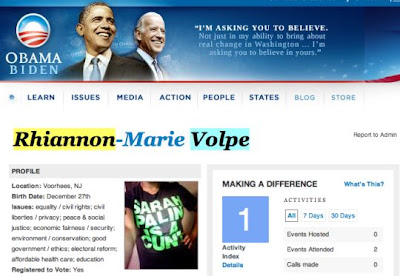 Don’t hold your breath waiting for the Obamedia to castigate the Far Left for their filthy angry attacks on Sarah Palin.
It doesn’t work that way.

Charles Johnson reported on this ugly misogyny at the Obama website earlier.

Ace of Spades has more on the disgusting Obama supporter Rhiannon Volpe who is one of the Palin T-shirt creators.

UPDATE: The deranged Obama supporter admits to posting the “Palin C*nt” T-shirts under her profile at the Obama website.