The Marxist Venezuelan leader can’t stand her either. 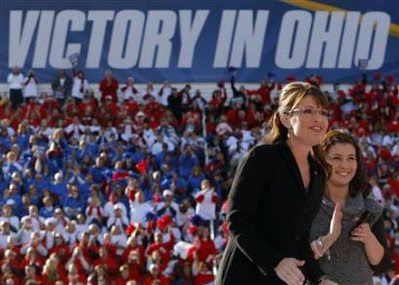 Marxist Venezuelan President Hugo Chavez lashed out at Governor Sarah Palin the “confused beauty queen” on Friday.
No wonder they love him in Hollywood.
Reuters reported:

Chavez, a leftist who often mocks U.S. President George W. Bush, invoked the advice of Jesus Christ on how to handle the slights by Palin, the Republican governor of Alaska and a former beauty pageant winner.

“I saw the vice presidential candidate, there she was talking about ‘the dictator Hugo Chavez.’ The poor thing, you just feel sorry for her,” he said during a televised broadcast.

“She’s a beauty queen that they’ve pulled out to be a figurehead. We need to say as Christ did: Forgive her, she knows not what she’s saying.”

Maybe he hates her because she wants to make America energy independent– and actually means it and has a record that proves it.

The Corner looks more at the media’s Palin-bash.