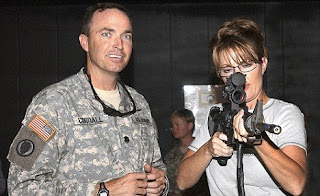 The Daily Mail reported today that America’s most popular governor is also as popular as Princess Diana in the hearts and minds of Americans.
No wonder the Obama supporting Far Left liberals hate her so much.

USS Neverdock adds that unlike Obama and his terrorist, anti-American, and anti-Semitic friends- Palin is not just a breath of fresh air, she’s like an oxygen tank.