The US House is voting on the crap sandwich… er, Bailout Bill. 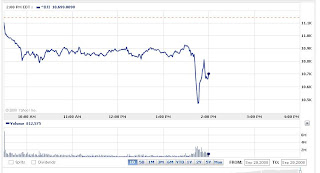 BTW: The US House website has been bogged down for two days now.
Wouldn’t you think they could afford to update the website? 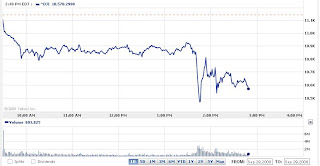 Here’s a good explanation of this crisis from a close friend who is an international auditor in the insurance industry.

And, here again is a look back at Democratic leaders in 2004 denying and lashing out at those who warned about this looming financial disaster:

So, where’s Barack Obama???
Powerline has this from a reader:

Bush is right that the consequences of not having the bailout will be worse than the consequences of having it. Right now I’d say we are headed for a Depression. Almost no one alive remembers what that is really like. When they find out, there will be chaos. At least in the thirties the country was tough. Now it’s soft and pampered. People will be in for a shock when they find out the privation they’ve been (falsely) complaining about can be quite real, and is about to descend.

So, bottom line, the thing has got to pass. But it failed today in the Democratically-controlled House by 23 votes, with more than 90 Democrats voting against it.

Question: Where is Barack Obama? The man is the newly annointed head of the Democratic Party. He could tell his followers in Congress that for the good of the country, they have to vote for this, awful as it is. Has he? No. Why? Either because he doesn’t understand what we are actually facing, or because he sees it’s unpopular and hasn’t the guts to risk his lead in the polls by swimming against present opinion. The country cannot abide such “leadership.” You can’t just vote “present” on this one. Nor would such a “vote” by Obama be honest, since in fact he’s not even present… His yammering inaction in the face of this financial crisis is bad enough. But it is yet more frightening to think about what he would do, or fail to do, in the face of the far more malevolent and lethal threat we will face if and when he occupies the White House. Give me someone with some guts. For whatever his flaws might be, and they’re plenty, I believe there is someone meeting that description on the ballot this year.

UPDATE: Pelosi Serves Another Crap Sandwich Before Vote–
When it was time for the Worst Speaker in US history to plead for votes for her plan all she could offer was more Bush-bashing.
Pelosi is the one stop crap sandwich shop.

UPDATE: The Dow ended with its worst day ever:

Tomorrow will be worse.