The Arab Press Is Very Concerned About What They Heard At the RNC…
They are especially concerned about the VP candidate. 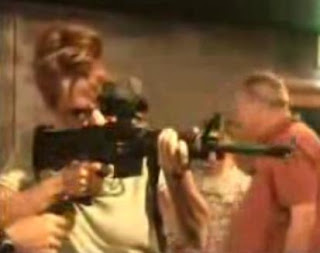 Iranian and Middle East leaders are very fond of Barack Obama but for some strange reason Sarah Palin seems to scare them.

The Arab media is also upset with the talk they heard at the RNC last week in St. Paul.
The Middle East Times and LGF Quick Links reported:

As a rule, Arab governments in the region prefer to refrain from showing their preferences in U.S. elections, but the media, including the state-controlled TV and press, have made no secret of their desire to see a new leadership in Washington that is run by Democratic presidential candidate Illinois Senator Barack Obama.

While talking heads have said they did not expect either administration to be more sympathetic to the Arab and Muslim causes, many are now saying that Obama would be the “lesser of two evils,” after having endured a George W. Bush administration that has launched an undefined and indefinite “war on terror” that is raging in Afghanistan, Iraq and elsewhere.

Particularly highlighted in the media Friday were remarks made by Palin in June that the U.S.-led invasion of Iraq in 2003 and the American troops there were “on a task from God.”

“Our national leaders are sending soldiers out on a task that is from God,” Palin told ministry students at her former church in a video that spread like wildfire across the Internet.

She asked her audience to pray for the troops in Iraq. “That’s what we have to make sure that we’re praying for, that there is a plan and that plan is God’s plan,” she said.

Analysts here commented that these sound bites, the first publicizing her foreign policy positions, were eerily similar to Bush’s rhetoric when he embarked on the war on terror that started in Afghanistan and was redirected into a massive invasion and subsequent occupation of oil-rich Iraq.

Actually, if the media, Arab Press included, would do its job they’d realize that Palin’s words on Iraq were taken out of context.
What she actually said was:

“Pray for our military. He is going to be deployed in September to Iraq. Pray for our military men and women who are striving to do what is right. Also, for this country, that our leaders, our national leaders, are sending them [U.S. soldiers] out on a task that is from God, that is what we have to make sure that we are praying for, that there is a plan and that that plan is God’s plan.”

It’s still doubtful that this would calm their nerves any in the Arab press.