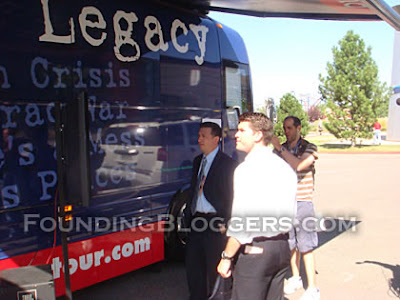 The pro-American, pro-Victory veterans had a few questions for the Soros-funded bus staff who are still peddling that “the war is lost” even with the loads of evidence to the contrary.

Today violence in Iraq is down 90% from last year.
Today 15 of 18 benchmarks in Iraq have been met.
Today Al-Qaeda in Iraq is defeated.
This tremendous progress is undeniable.
Last month only five Americans have died in Iraq from hostile action.

But, the Bush Legacy staffers didn’t want to hear it. 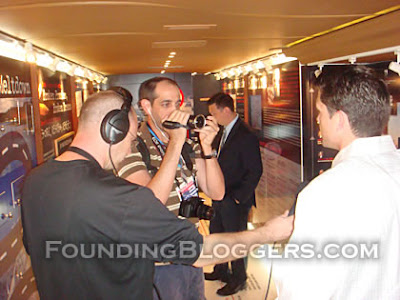 Founding Bloggers have the exclusive and amazing video coming of the pro-Victory veterans slamming the antiwar staff on the bus.