Here is some shocking news. 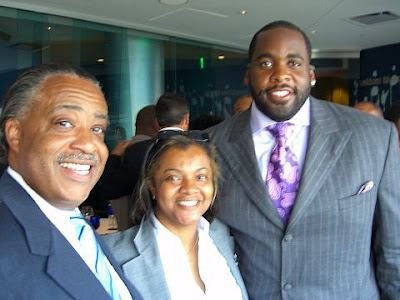 Monica Conyers, the crazed Detroit City Councilwoman and wife of Representative John Conyers, was in an altercation at a Denver hotel this week.
She denies the police report and insists she was sleeping at the time.
Click On Detroit reported:

Police were called to quell a “disturbance” at a Denver hotel between Detroit City Councilwoman Monica Conyers and staff, according to a hotel spokeswoman.

Dana Berry, spokeswoman for Magnolia Hotel, told the Detroit News an officer assigned to the hotel during the Democratic National Convention had to call for additional police assistance around 4 and 5 p.m. after a heated argument erupted between Conyers and staff about a hotel room.

Berry said Conyers complained that the original room she was given Monday night could not accommodate her family and she became upset when staff members tried to remove Conyers’ belongings from the suite.

Denver police issued the following statement to Local 4: “A dispute took place and our officers responded to the hotel. We are told hotel guests became upset by the loud outbursts. No charges were filed, but additional officers were called to help control congressman Conyers wife, Monica.”

Mrs. Conyers says she was in her room sleeping during the dispute.
Right.

Sweetness and Light has more.