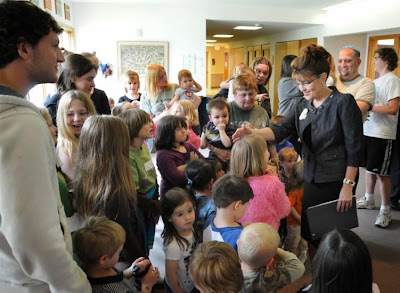 Already, the McCain Camp has raised $7 million in contributions since the announcement of his running mate yesterday.
The Trail reported:

The money bounce may owe to Palin’s appeal with conservative donors, many of whom said privately they had planned on sitting out the campaign this year. The money comes in just under the wire — after McCain accepts the GOP nomination Thursday, he will accept public funds and no longer be permitted to raise private money for the campaign.

That will not, however, stop McCain and Palin from raising money for the Republican National Committee. In coming weeks, McCain will host four megafundraising events in major cities aimed at bolstering the accounts of the party. Palin, meanwhile, will be sent out to headline more than a dozen fundraising events for the RNC.

UPDATE: Nice pick Senator McCain!
It looks like McCain is already getting a bounce from his pick, via Instapundit: