We also know about Barack’s Muslim brother Bernard the son of Kezia Obama who married Barack Obama Sr. in Kenya in 1957 when she was a teenager (16) before he went to the US where he fathered Barack. Bernard was born after Barack Sr. came back to Africa.

The British media was able to track down Barack’s brother Mark Ndesandjo the son of Barack Obama’s late father and his third wife, an American woman named Ruth Nidesand. Mark ran an illegal firm in China.

Now, the Italian press discovered Barack Obama’s younger brother George in a slum hut in Nairobi. He is the son of Barack Obama Sr. and Jael. 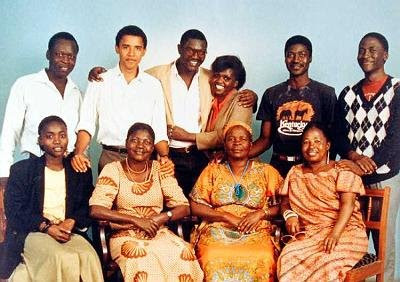 Obama’s younger brother George was discovered in Kenya living in a hut.
He says last year during elections 6 people were hacked to death in his neighborhood.
The Telegraph reported:

The Italian edition of Vanity Fair said that it had found George Hussein Onyango Obama living in a hut in a ramshackle town of Huruma on the outskirts of Nairobi.

Mr Obama, 26, the youngest of the presidential candidate’s half-brothers, spoke for the first time about his life, which could not be more different than that of the Democratic contender.

“No-one knows who I am,” he told the magazine, before claiming: “I live here on less than a dollar a month.”

According to Italy’s Vanity Fair his two metre by three metre shack is decorated with football posters of the Italian football giants AC Milan and Inter, as well as a calendar showing exotic beaches of the world.

Vanity Fair also noted that he had a front page newspaper picture of his famous brother – born of the same father as him, Barack Hussein Obama, but to a different mother, named only as Jael.

He told the magazine: “I live like a recluse, no-one knows I exist.”

Embarrassed by his penury, he said that he does not does not mention his famous half-brother in conversation.

“If anyone says something about my surname, I say we are not related. I am ashamed,” he said.

You would think Barack could spare a couple bucks to lift his brother out of this horrid place considering Goerge’s “rent” is only $1 a month. 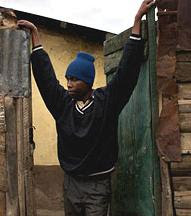