HERE IS THE BREAKING VIDEO WITH MICHAEL MAHONEY FROM KMBC IN KANSAS CITY ON THE OBAMA-BAYH VP STORY LIVE FROM GILL STUDIOS IN LENEXA, KANSAS!!

Listen to the video and decide for yourself…

Michael Mahoney from KMBC broke the story this morning that Gill Studios was printing Obama-Bayh flyers! 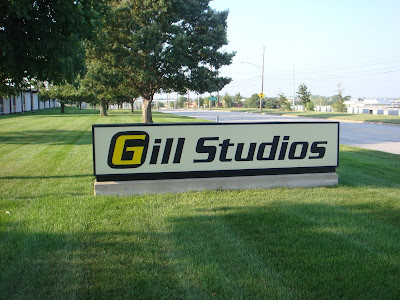 We are on the way there.
KMBC in Kansas City reported:

After weeks of speculation and days of intense rumors, the answer to who Democratic presidential candidate Barack Obama would name as his running mate may have come down to a bumper sticker printed in Lenexa.

KMBC’s Micheal Mahoney reported that the company, which specializes in political literature, has been printing Obama-Bayh material. That’s Bayh as in U.S. Sen. Evan Bayh of Indiana. Word leaked out about the material as it was being printed up by Gill Studios of Lenexa. The Obama campaign had said it would make the announcement by text message on Friday.

Gill Studios, would not confirm information about the material. They would not deny it either. The company president would not comment when asked by Mahoney about the reports. But at least three sources close to the plant’s operations reported the Obama-Bayh material was being produced.

We are right outside of Lenexa and are going to stop at Gill Studios in the next 15 minutes (It’s 6PM CST right now.)
We will keep you updated.

This will also be updating this story at Founding Bloggers. 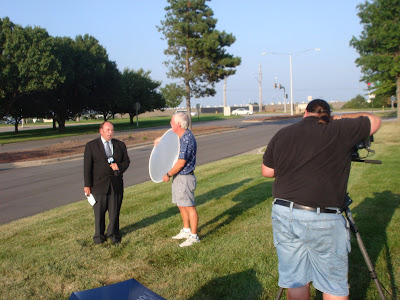 UPDATE: We just talked with Michael Mahoney from KMBC outside of Gill Studios in Lenexa, Kansas.
We have video that we will be posting shortly with Mahoney who is the reporter who broke this story this morning.

UPDATE 2: MSNBC says that Senator Bayh and Virginia Governor Kaine were not selected.
Obama will send out text message in the AM.
You’ll have to watch the video and decide for yourself.