Gee… Do you think the Leftist American media could start reporting on this major political scandal, yet?
It is an absolute disgrace that the mainstream media remains silent! 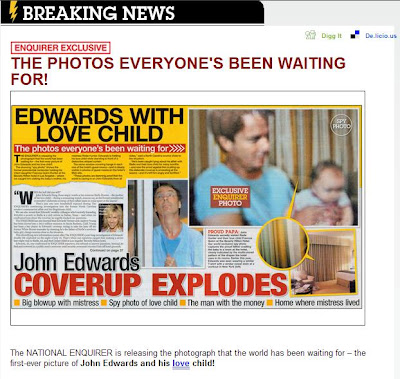 The National Enquirer continues to do the hard journalism the mainstream media refuses to do:

Edwards is holding his love child while standing in front of a distinctive striped curtain.

“These photos are damning proof,” said a source close to the situation.

“He’s been caught lying about his affair with Rielle and their love child for many months – and now the proof against him is piling up.

Proof that is just too much for the tainted American media.