Muslims Demand All Copies Of Offensive Book Be Turned Over

This seems a bit bold…
Muslims is Serbia are outraged that an offensive book was published that they claim insults their prophet. 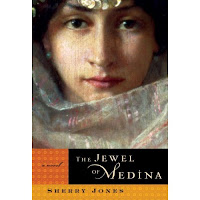 They are not satisfied that The Jewel of Medina was banned. They also want all copies of the book turned over to them… or else.

Muslim extremists in Serbia demanded that all copies be turned over of an offensive book that insulted Islam.
AKI reported:

The Islamic Community in Serbia said on Monday it was not satisfied with the withdrawal of Sherry Jones’ novel, The Jewel of Medina, from the country’s bookshops.

Referring to the book released by Belgrade publisher Beobuk three weeks ago, the organisation’s leader Muamer Zukorlic said it was “offensive to Muslims” and demanded all of the published copies be handed in.

He also called for director Aleksandar Jasic to repent for what he had done.

After an initial complaint from the Islamic community, Jasic apologised saying the company “had no intention of insulting Muslims in Serbia” and announced the book would not be available in any bookstore in the country.

But Zukorlic said on Monday that this was not enough.

“Jasic needs to sincerely repent because of the incident he caused,” Zukorlic said.

Zukorlic has already compared The Jewel of Medina with the Mohammed cartoon controversy in Denmark.

The Danish cartoons, deemed offensive to Islam, led to worldwide protests when they were first printed in September 2005.

“Obviously someone wishes to join the ranks of those who produced the cartoons in Denmark several years ago and it is an insult to all Muslims of the world, especially for us here in Serbia,” said Mufti Zukorlic.

So, how long before all the books are delivered to the radical leader?