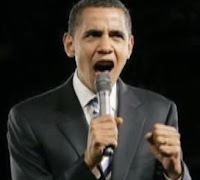 It’s really sad to see how the media is distorting McCain’s words to prop up loony Obama.

“Obama said a couple of days ago says we all should inflate our tires. I don’t disagree with that. The American Automobile Association strongly recommends it. I don’t think that that (inflating tires) is a way to become energy independent.”

But, for some reason, liberals believe if they repeat that “McCain supports Obama’s air energy plan” long enough, it will become reality.

Sorry libs… McCain did not say he favored tire pressure over drilling like Barack Obama. Keep dreaming.
McCain may be old- He’s not insane.