ONCE AGAIN… PRESIDENT BUSH ENCOURAGES RELIGIOUS FREEDOM AFTER HE AND LAURA ATTEND CHURCH IN CHINA.

President Bush gave these comments after attending church services with Laura Bush in China this morning:

You know, I’ve just — Laura and I just had the great joy and privilege of worshiping here in Beijing, China. You know, it just goes to show that God is universal, and God is love, and no state, man or woman should fear the influence of loving religion. 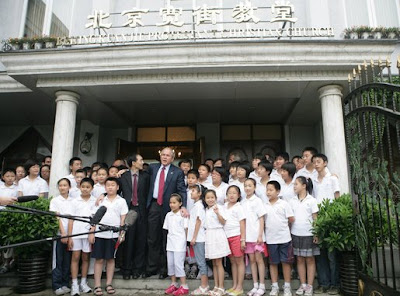 Standing with the Kuanjie Summer Vacation School Choir and Pastor Meng Maoru, President George W. Bush delivers a statement outside Beijing Kuanjie Protestant Christian Church in Beijing Sunday, Aug. 10, 2008. Said the President, “Laura and I just had the great joy and privilege of worshiping here in Beijing, China. You know, it just goes to show that God is universal, and God is love, and no state, man or woman should fear the influence of loving religion.” (White House photo by Chris Greenberg)

President Bush was in China with his family for the Beijing Olympic Games. 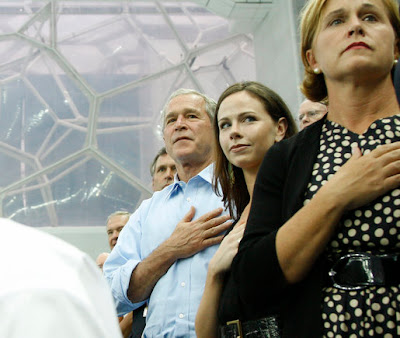