Avril Lavigne is too sexy to play in Malaysia. 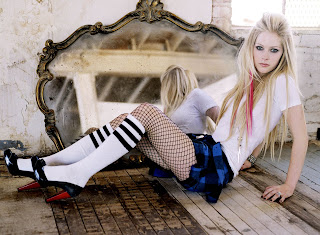 Malaysian Islamists forced the cancellation of the Avril Lavigne concert that was scheduled 2 days before independence day.
The AP and Religion of Peace reported:

Malaysia on Tuesday canceled a concert by Canadian rock singer Avril Lavigne, saying it may taint the Muslim-majority country’s independence day celebrations after the Islamic opposition slammed her show as being “too sexy.”

The Arts, Culture and Heritage Ministry said it had decided not to permit Lavigne’s show because it was unsuitable to Malaysian culture and could not be held on Aug. 29, two days ahead of independence day.

“It is not timely. It’s not in the good spirit of our National Day. If we go ahead with the concert, it is contrary to what we are preparing for,” said Shukran Ibrahim, a senior official from the culture ministry’s department that vets all foreign artists.

The decision came after the youth wing of a fundamentalist opposition party, the Pan-Malaysian Islamic Party, called for the show’s cancellation.