Is Obama the real poo-bomb for Democrats?

The Golden Boy appears to be losing his sheen.
Americans are getting tired of hearing about media darling Obama.
In a recent Pew Survey:

The Democratic candidate’s media dominance may not be working in his favor. Close to half (48%) of Pew’s interviewees went on to say that they have been hearing too much about Obama lately. And by a slight, but statistically significant margin – 22% to 16% – people say that recently they have a less rather than more favorable view of the putative Democratic nominee.

That can’t be good.
Forget the protesters… Obama may be the poo-bomb this year. 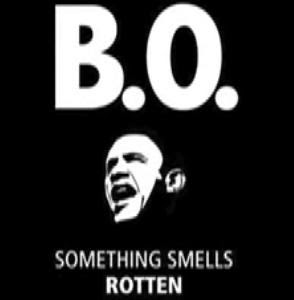 And, TIME Magazine has Obama in the poobucket even though Obama leading McCain 46% to 41%.
This can’t be good sign for Obama especially if you figure in media bias and the Bradley Factor.
The poll also had this bad news for the Obama:

Despite his highly touted tour of Europe, the Middle East and Afghanistan last month, Obama may be in something of a late summer slump. The poll shows that voters have increased their faith in McCain’s ability to manage the Iraq war, favoring him over Obama by a margin of 51%-36%, a five point jump since June. And voters boosted their belief that McCain would do a better job in managing the war on terror than they did in June, favoring the Arizona Senator over his colleague from Illinois by a 56%-29% margin, up from 53%-33% in June.

But, that’s the way it goes.
Sometimes these things happen when you pick a Far Left inexperienced race card playing candidate with Islamic-Marxist roots.
Bummer.