UPDATE: Arkansas Democratic Party Leader Bill Gwatney has died from the gunshot wounds. He was attacked today at the Democratic Party Headquarters in Little Rock.
–Please remember his family and friends in your thoughts and prayers. 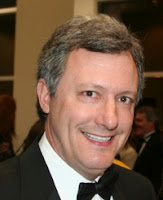 Here is raw footage from the scene of the shooting:

At least three shots were fired after a man walked into the building during the noon hour. Party Chairman Bill Gwatney, a superdelegate, was shot several times in the upper body.
FOX News is reporting:

The chairman of the Arkansas Democratic Party was hospitalized in critical condition Wednesday after an incident at the party headquarters, a party executive said. A television station reported that three shots were fired and that a man escaped the area in a blue truck.

“There has been an incident at the party and chairman (Bill) Gwatney has been taken to the hospital,” said Bruce Sinclair, the director of the state Democratic Party. He did not say how Gwatney was injured.

Sarah Lee, a sales clerk at a flower shop across street from the party headquarters, said that around noon Gwatney’s secretary ran into the shop and asked someone to call 911. She said a man had come into the party and shot Gwatney multiple times.

Captured: State police believe they have the suspect in custody near Sheridan and Grant County. Police confirmed that they shot the suspect.

UPDATE: KATV reported that the man may have lost his job?

UPDATE 3: The AP reported that the suspect’s blue truck was turned sideways along a highway northeast of Sheridan. Emergency crews were loading the man onto a Med-Flight helicopter.

UPDATE 7: STACLU reports that Sean Hannity and Michelle Malkin are being blamed for the attack.

UPDATE 8: The shooter was a 51 year-old white male but police have not released any further information on the shooter at this time.

UPDATE 9: The killer’s name is Timothy Dale Johnson of Seracy. Police recovered additional weapons from 50-year-old Johnson’s pickup. After reporting that Johnson was a former employee at a Gwatney dealership, Bob Owens says the media is backtracking.