Three children of a Fatah intelligence official were killed in their car as they were being dropped off at school today. Gunmen unloaded over 70 rounds on the vehicle.
Where’s the international uproar?

Tensions are rising in the Palestinian territories since Palestinian Authority President Mahmoud Abbas announced that he is considering a request by his allies to hold early elections. 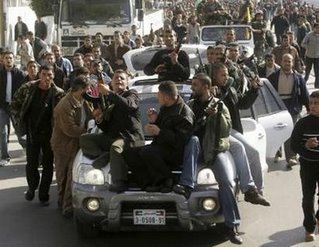 The deaths were blamed on the rising tensions between the two groups.
BBC has video HERE. 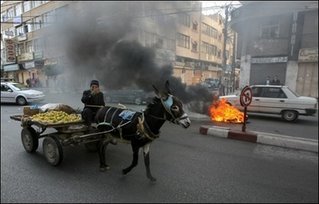 A Palestinian man rides on his donkey cart past burning tires following the fatal shooting of three children in Gaza City. Three young children of a senior Fatah official and their driver have been killed in a drive-by shooting in Gaza, amid mounting tensions between the party of moderate Palestinian president Mahmud Abbas and the ruling Islamist Hamas movement. (Mahmud Hams/AFP)

On Sunday, the convoy of a Hamas official was fired on as he was driving in Gaza. 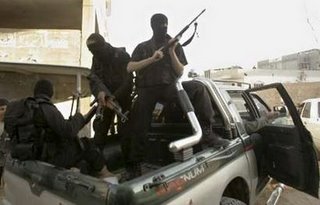