Well, not that this comes as a surprise to those who were following the Foleygate story in October…
…But, democrats knew about the scandal back in 2005!
It was all planned!

The media did a fantastic job back in October blasting the Republicans on the Foley email scandal. But, now that the election is over, the media is admitting that the Democratic Leaders knew about these emails in 2005! 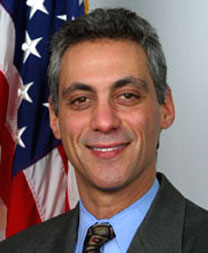 Democrat Rahm Emanuel new about the emails back in 2005 but denied it on national TV in October.

What is more disgraceful about this news this week, is that several bloggers found this out back in early October. The news even made it into Harpers Magazine. But, somehow, this was overlooked by the MSM a month and a half agl.

** Glenn Greenwald… Yep, Glenn Greenwald, did an exceptional job today explaining how Democratic Leader Rahm Emanuel, lied in his interview on October 10, 2006 with ABC’s This Week with George Stephanopoulos.

ABC News has the video HERE.

Here is the critical point from the interview where Rahm Emanuel lies about his knowlege of the Foley emails.
(41 seconds)

(We will see how long this video stays posted on YouTube before they yank it!)
New (or not so new) evidence from the Foley Report claims that Democrats, including Emanuel, knew about the emails in 2005.

CNN also finally gets around to reporting this news today:

Foley, a Republican, resigned after the scandal broke. House Speaker Dennis Hastert and other Republicans have suggested repeatedly that some Democrats knew about the e-mails earlier than they have acknowledged, but waited till midterm elections approached to bring up the issue.

Here is the incriminating testimony from the investigation as reported at NewsBusters and Newsweek blogger Holly Bailey:

Matt Miller, who was communications director for the House Democratic Caucus in 2005, testified before the ethics committee that he gave the e-mails to the DCCC. Miller was also the source who gave the e-mails to reporters from The Miami Herald and the St. Petersburg Times, and later, to a reporter for Harper’s magazine. As a part of a “gut check,” Miller testified, he shared the e-mails with the “communications director at the DCCC.”

While the DCCC staffer is not named in the report, Bill Burton was (and is now) the DCCC communications director and a top aide to Emanuel. (Burton did not respond to phone calls and e-mails from NEWSWEEK. DCCC spokesperson Sarah Feinberg confirmed that Miller provided Burton with copies of the e-mails.) Miller, who got the e-mails through a chain of social and political acquaintances, wanted the press to pick up the story at the time, in 2005. He thought Burton might be able to help.

So there lies the proof that it was just a slimy democratic tactic played out at election time.

The real question is… How long did the media know about Rahm knowing about the emails before publishing it this week!

NewsBusters and HotAir pile on Rahm.
The Stratasphere has more.
Captain Ed sees no backlash against Emanuel coming from this disgusting news this week.
Flopping Aces has more on this news.