After the Rose Bowl Parade on January 2, 2007, Jessica Gaulke will give up her crown as Miss Minnesota Aquatennial and deploy with her National Guard unit to Iraq. 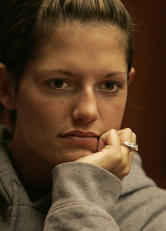 After she represents the Minnesota Aquatennial Queen in the Rose Bowl parade, Jessica Gaulke will will be going to Iraq as a diesel generator mechanic with her National Guard unit.
Chron Watch reports:

Jessica Gaulke is trading in her sash as a Minnesota beauty queen for Army fatigues — and Iraq.

Gaulke, who was chosen Minneapolis Aquatennial Queen of the Lakes in July, is giving up her title because her National Guard unit has been activated for duty. The 22-year-old Augsburg College sociology student will be going to the Mideast as a diesel generator mechanic. 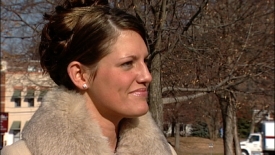 “It really wasn’t a decision that was mine to be made,” said Gaulke. “My unit’s going. I’ve accepted it. It’s part of the whole scope of why I joined; I’ll be there for all of us over here.“

Gaulke said being Queen of the Lakes, Minnesota’s best-known festival royalty, is “a huge honor,” but she said she is simply honoring the agreement she made when she committed to the Guard before her senior year in high school.

Her last day as queen will be Jan. 2, when she’ll represent the Aquatennial in the Rose Bowl parade. Aquatennial officials will announce the new queen in January. She’ll serve until July and, like Gaulke, will receive a $4,000 college scholarship. 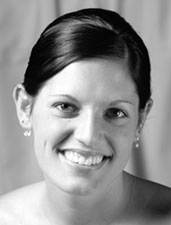 Jessica will be married in January. She met her fiance on the ice in Minnesota where they were both playing hockey.