Did you see the Palestinian “child” throwing “stones” today? 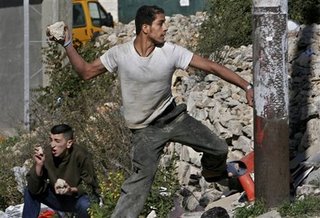 Besides the huge rock in his hand, did you notice what he was sporting on his wrist?

The blue bracelets are worn to (quote):

” promote the virtues of tolerance, compassion and inclusion…”

The bracelets are worn by many democrats. 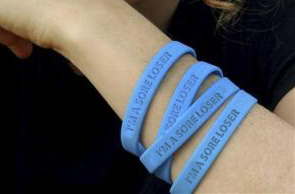 You can see why from the picture. This variety was worn by Kerry supporters after the 2004 election.

One blue bracelet is being sold by the Tubby Smith Foundation with the proceeds given to charity.