Wow! Chavez couldn’t pay this many people to show up! 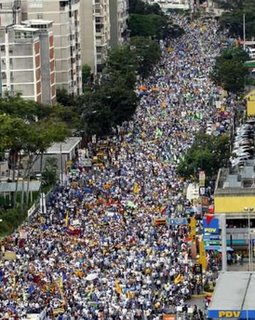 Publius Pundit has much more on the story and several more pictures from the gigantic rally!
Venezuela News and Views is liveblogging the rally.
VCrisis has an update on the coming election.