Is it really a good idea to hand this problem over to the party of Pelosi, Kennedy and Kerry? 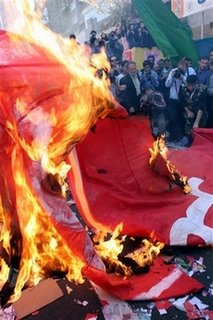 Iranian protesters burn a banner which reads ‘Death to America’ Saturday Nov. 4, 2006 in front of former U.S embassy in Tehran, Iran during a demonstration. Iranian demonstrators Saturday celebrated the 27th anniversary of the takeover of the U.S. embassy in Tehran by militant students, warning the United States to learn from the incident. The protest was held as Iran continued a 10-day war games that on Saturday included the participation of some 30,000 ground forces. The students took 52 American diplomats hostage for 444 days. (AP Photo/Hasan Sarbakhshian)

TigerHawk notes that this Iranian Anti-Americanism is nothing new. 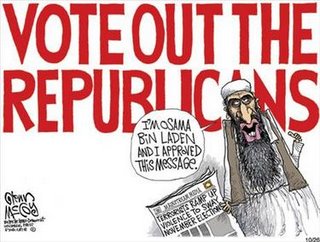