“Assistants of Evil” will no longer be pushing their filth in Iran. 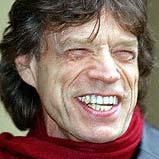 Books with lyrics by The Doors, Guns and Roses, and The Rolling Stones with Mick Jagger are too Western and did not make the cut.

Iran will no longer allow publishers to serve their poisoned dish to the young generation.
CBC reports:

Iran has banned thousands of books, from acclaimed works from homegrown novelist Sadegh Hedayat to best-sellers like The Da Vinci Code, with the culture minister calling publishers “assistants for evil.”

Publishing houses in Iran warned on the weekend that they are undergoing increasing government censorship and fear recently introduced restrictions could kill their industry.

A new edict sent down from President Mahmoud Ahmadinejad prohibits works that are deemed too Western or allegedly make Iranians feel inferior.

The warning from the publishers came at the end of Iran’s national book week, during which Culture Minister Mohammed Hossein proclaimed that publishers should stop serving a “poisoned dish to the young generation.”

Books on the blacklist include Farsi-language translations of the bestseller Girl With a Pearl Earring, which was made into a movie starring Scarlett Johansson in 2003, and Dan Brown’s runaway hit, The Da Vinci Code.

As well, books featuring lyrics by the Rolling Stones, the Beatles, the Doors, Black Sabbath, Guns ‘n’ Roses and Queen have been removed from stores. Shops were ordered to clear the shelves of those books or face closure and publishers are not allowed to reprint any of those books.