Claire McCaskill, it’s one thing to jawjack about cutting and running from Iraq with Willie Nelson two weeks before his drug bust…

It’s quite another to continually run advertisements using a veteran now proven to be a liar.

The Veterans Fraud Hotline has been contacted, Claire.

If you see this man, Josh Lansdale, in one of the VoteVets ads please contact your Representative or Veterans Administration. 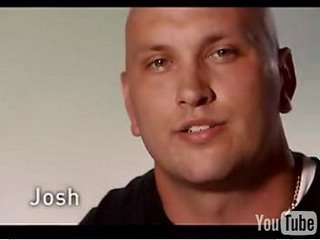 Here is the first “Josh” ad approved by Claire McCaskill.

The first ad immediately came under fire for the claims Josh made about his treatment by the Missouri Veterans Administration. The McCaskill administration immediately was questioned about the honesty of this ad. Josh Lansdale became indignant and disappeared during this time and the ads were yanked from TV. Josh still refuses to release his records to put this matter to rest! Since then, Josh has become a fixture in anti-war liberal advertising.

I read in the KC Star about Lansdale’s PTSD, and then
I read about what he was saying:

We had 1 helicopter crash the entire time we were
there. It was off base, all pilots got out OK, and
the Army prefered that it burn up so they enemy could
not get any publicity or items from it.

We had 1 car bomb at the north gate which myself and
the other members of the LSA station responded to.
Josh was not there. As far as fires, we had quite a
few. ALL fires consisted only of property damage, and
no soldiers were injured or killed in any structure
fire on our base.

Now, the UN Emabassy bombing. That occured in Baghdad
when the commander, myself, the rescue crew chief and
another were there for a meeting. No member of the
487th Engineers responded to that incident. The
closest we came was organizing a response team who had
experience in collapse rescue, or construction. We
were never called to assist, and Lansdale was NOT even
part of the crew that was organized.

As far as his injury, IF he got it over there, I don’t
recall. If medical records say a volleyball injury,
I’d believe that. Truthfully, I would have let this
all blow over if he had not started with the BS I read
in the KC Star.

Today, another veteran from the 487th writes in with more on Josh Lansdale’s bogus claims:

There was one Helicopter tire that blew up on a couple soldiers and messed one up pretty bad and killed the other. There was also one motorcycle accident when a soldier hit a honey wagon (Porta Potty Cleaner) and his head was pretty swollen when we got there. Other than that, There was not one plane or helicopter that crashed on us during this period. None of us even got close to Baghdad or any Embassy buildings other than when we drove on the outskirts on our way to Balad (camp Anaconda).

Yes we had many nights of mortars come in but only a couple even got close to us at the fire station and that was right at the end. 95% that they fired at us either missed everything or were duds. None of my fire fighters that fought any fires dragged anyone out of a building. We had 2 of our own fire fighters go down because of heat problems while fighting fires, but that was it.

I am sure that Josh Lansdale saw a lot of things that you would not see in the states, however he is blowing this way WAY out of proportion. I had 3 other soldiers that came a lot closer than he ever could imagine to being killed. I would have to see his medical records, but I can not even remember him hurting his ankle. He may have sprained it at worse if even that.

The 487th has always had great pride and I miss being with them as I am retired now. Please don’t hold anything he has said against this great fire fighting unit.

I was also notified in the last 24 hours that the Veteran’s Fraud Hotline has been notified on Josh Lansdale by an Iraq War veteran.

Claire McCaskill… You ought to be ashamed!