VOLPAC has the entire podcast available.

Majority Leader Frist commented on the latest developments this last week before the national election. He encouraged everyone to focus on Getting Out the Vote! 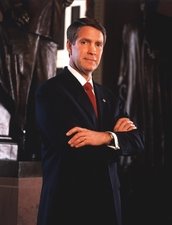 And how many times have you heard this in the last 24 hours…
Senator Frist said:
“John Kerry is not behind the podium at the White House. Thank God.”

Senator Frist believes that America is starting to feel the impact of John Kerry’s statement. People are beginning to focus on the distinct choice in this election.

People are starting to ask, “Who is Nancy Pelosi?… Who is this Minority Leader from San Francisco?” People are getting to see the important choice they have to make.

Either Americans will choose lower taxes or they choose giving more of their money to the government. Either fighting terrorists in Iraq or surrendering. Either common sense judges like Alito and Roberts or liberal activist judges. Majority control of the Senate and House or not.

Senator Frist on the Economic message- In the latest rallies and meetings with candidates… We are now seeing that the great economic news is starting to sink in with Americans. That of low unemployment, job creation, record numbers in minority home ownership, record stock market… This is all resonating now.

The Bottom Line…
** “If we get out the vote, we will be successful.”

Paul from Powerline– In the Tennessee Senate race- What is the key there? Sen. Frist: It does get harder to read the polls. Tennessee turned a corner after the last debate. The volunteer state is starting to see the difference between Tennessee values compared to DC values. Corker will win now.

Pamela from Atlas Shrugs- Thanks Senator Frist for pushing Ambassador Bolton. What is the next move with confirming Bolton? How do we get that out of committee? Sen. Frist: The Bolton appointment has been difficult. It is very important. We are going to work on this.

Dean Barnett- Senator you will have a lot of time after the new year. How will you spend it? Sen. Frist: It will be a very busy November and December. Then I am going back to Nashville. I said I would serve the Senate for 12 years. I did that. That’s it. I will make a decision on running for president after I return to Tennessee. It will be a very difficult decision with the challenges ahead for this country.

Pamela- Please speak on UN reform- The UN Human Rights Council is a joke. Sen. Frist: I saw the atrocities in Sudan etc. years ago before the problems in Darfur. That Sudan has sat on the UNHRC is not right.

Gateway- What do you see in Missouri?… Sen. First: I made five stops yesterday in Missouri traveling with Senator Talent. Missouri is a lot like Tennessee. The people of Missouri are starting to see a stark contrast between the candidates now. Kerry helped Missourians see that contrast. The race in Missouri is dead even.

Paul- What about Virginia? Sen Frist: We saw slippage there in the last week. The Allen campaign is adjusting. I am confident we will keep the Senate seat.

Dean- What are Democrats saying about John Kerry today? Sen Frist: Minority Leader Harry Reid is hiding and has not made comments. Ever since eople started talking last week we have not seen much of Representative Pelosi. People are backing away from her.

Again, the differences between the parties could not be greater!
Get out and vote!

VOLPAC has this news on the Conference call HERE.

And VOLPAC (Senator Frist’s blog) has his latest comments today on Kerry’s slam on the military.
Here’s part:

Yesterday afternoon, Senator Kerry got up in front of the cameras and angrily made “crystal clear, as crystal clear as I know, I apologize to no one for my criticism of the President.” Of course, no one ever asked him to apologize to President Bush. But a chorus of Americans did demand an apology for demeaning the intelligence of our troops in the field … for what he did say, not for what he now claims he meant to say.

In my first post on Kerry’s slur, I wrote that “it is perfectly clear what Mr. Kerry said … what’s unclear is whether Mr. Kerry ever means what he says. Perhaps he was against his comments before he actually made them.”