Voters were encountering long lines and confusion Tuesday afternoon, and some were leaving Jasper County polling places without voting, after more than a dozen precincts had reported running out of ballots.

Sally Wetherell, shortly after 4:30 p.m., said she had been waiting in line at the polling place at the Joplin Association for the Blind, for nearly 30 minutes waiting to vote. 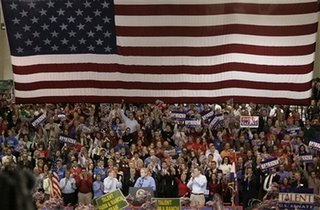