(This post was bumped up to the top of this blog. Blog updates are posted below.) 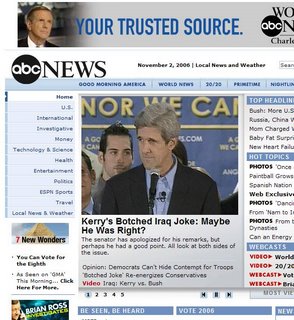 Click to Enlarge
ABC News… “Perhaps he had a good point.”

Notice how ABC agrees that Kerry’s slam on the military was just “a joke”?
And, how could ABC possibly question that our troops are stupid as Kerry “jokes” when the facts show that Kerry is not just insulting but wrong.

** The Coaltion of the Swilling has another one, too. 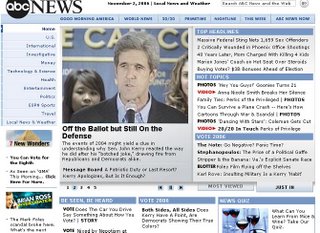 Click to Enlarge
ABC still is asking under “Vote 2004”, “Does Kerry have a point?”

It’s no wonder democrats are ashamed.