The sacrifices are too great… You can’t win this thing militarily… It costs too much… It’s a quagmire… It’s Vietnam… We need to redeploy troops to Okinawa.

Can you imagine if today’s democratic party were leading this country at any other time in history? What flag would we be saluting today?

Today’s democratic party feels that the sacrifice of 2,800 men and women over a three year span is an abysmal failure. What is the lasting power of this feeble group? And, how would today’s liberals fare at defending this great country?
Let’s take a look… 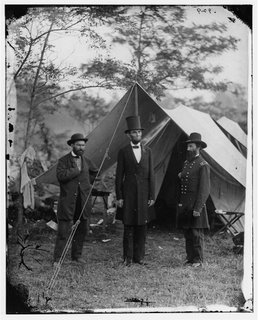 Democrats would have quit the Civil War after the first major Battle of Antietam where over 3,600 Americans lost their lives-

The Battle of Antietam (also known as the Battle of Sharpsburg, particularly in the South), fought on September 17, 1862, near Sharpsburg, Maryland and Antietam Creek, as part of the Maryland Campaign, was the first major battle in the American Civil War to take place on Northern soil. It was the bloodiest single-day battle in American history, with almost 23,000 casualties.

During this first major battle of the Civil War America lost nearly seven times as many troops than in three years in Iraq.

During World War I the United States lost over 100,000 men on and off the battlefield. 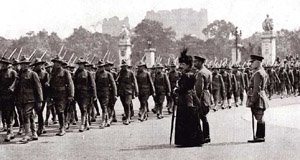 Today’s democrats never would have lasted those two years of American involvement.

Also in World War I:
The Progressive Left in the US had the same arguments nearly 100 years ago:

Women progressives, including Jane Addams, suggested that war represented the male principle of physical force and would end when the mother viewpoint prevailed in international diplomacy. Socialists opposed the war, believing that the struggle was among rival capitalist and imperialistic societies in Europe. 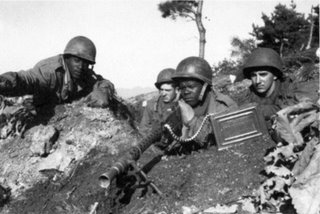 But this war would have ended much, much ealier since 37,000 Americans were killed during this 3 year time frame.

After the Japanese attacked Pearl Harbor on December 7, 1941, and killing over 2,400 of our sailors and marines… 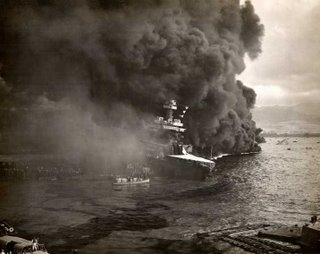 …Today’s Democrats would have immediately surrendered.

So the question is…
Is this really the party that needs to be in charge of this country today?

A Jacksonan has interesting figures on the “Causes of Death of Active Military Personnel.”
Arena of Ideas has an interview with an Iraqi on how things are really going in this former Baathist regime.